Today I will show you a Jewelry Set with Hawk’s Eye, which is a hugely spiritual gemstone.

Many people know the gemstone Tiger’s Eye, which give strength to the wearer. Few know the gemstone Hawk’s Eye, as support our overview of life with sharp senses. It belongs to both the Root Chakra and The Third Eye Chakra. They help us to view life from another angle. Our perceptiveness become more strong, clearly thinking in a way, that help us with viewing life both from the physical and spiritual angle.

Would you like to wear this Jewelry Set? Please let me know, thank you 🙂 Do you see the eye in these gemstones?

Handmade Gold Jewelry Set with Hawk's Eye, Necklace & Earrings. Necklace length: 23 3/5 inch, 60 cm. Earrings length dangle: 1 inch, 25 mm. If you wish to change the length of the necklace, just tell me. Delivered in a nice gift bag. Postage is included in the price.

As I’m only allowed to show you one photo inside the PayPal payment, I chose to show you the necklace

If you have any questions about the gemstone or my jewelry, you are always welcome to ask me

Wish you a beautiful day

Green Fluorite belong to the Heart Chakra. Green Fluorite support our mental and emotional integration, help us to find our own truth, independent of what others might say and mean

Would you like to wear this bracelet? Please tell me, thank you 🙂

I do customize to your size, just tell me

Wish you a lovely day 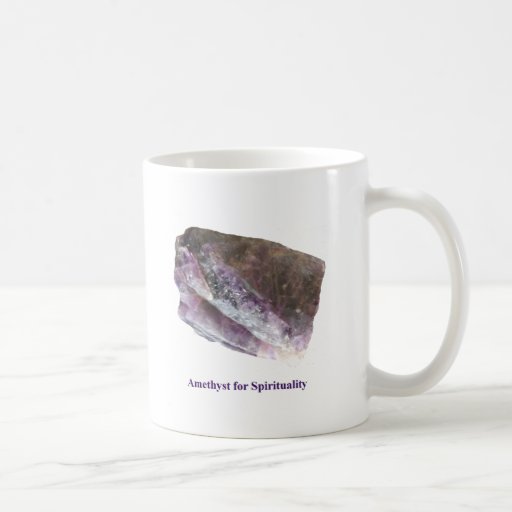 Today I will show you my Amethyst for Spirituality Mug, please tell me, what you think? Thank you 🙂

You are welcome to visit my Zazzle Shop for more ideas

The heat has been tough in the summer this year in Spain. We have had several heat waves many places here. Where I live, we have had temperatures up around 40 C. – 104 F. Few days more warm, while the heat waves were heavy here.

I haven’t had much energy for a while, why it is a little while ago, since I joined SoCS last time. When the abundance is not in top, I need to prioritize, where to use the energy.

I have used much time to practice training with Odin. He is now 2½ years old and more ready to learn like an almost adult. Dogs need to be 3 years old to be called adults. I practice behavior, how to walk nice – also when we meet other dogs etc. I’m grateful that Odin love to learn new and most of the times, he responds positive. He has also found some new friends, as he is allowed to play with sometimes, which makes me happy. He needs to learn to socialize with other dogs, it is not enough, that my cats have learned him how to behave together with them 😀   They did an exellent job there…..

A little information to my New Readers; Thank you for visiting my blog, I do really appreciate that. I do also visit your blog and most often I will like at least one of your posts, maybe comment and share at Twitter too, and if I like your blog very much, I might be a new follower, but not always. Sometimes I get to visit blogs, where the blogger are blogging a lot about their religion and here I don’t do so much. Please understand that I respect your view of religion and for you to know, I’m not religious. I’m spirituel and work in many alternative ways and should I go close to any religion, it would be the Tibetan Buddhism. Few times I do like and share posts with religious topics as part of the post, but only because I really like the people behind those blogs and see them as good friends and I like to support my friends.

The autumn is also on the way, where I live in Spain. It is more cold in the nights and I need more clothe for our walks now. Still we have much sun in midday, which is wonderful and give opportunity to enjoy the garden and terrace. My roses are still blooming and are very beautiful.

Have you also had heat waves, where you live this summer?

This post is part of the prompt SoCS by Linda, as you can find here:

The Friday Reminder and Prompt for #SoCS Sept 26/15

Linda wrote: Your Friday prompt for Stream of Consciousness Saturday is: “-eat.”  Use the word “eat” or add letters to it to make a different word. Don’t cheat!

For so long time as I can remember in my life, I have had visions about many different things. Soon after I ended my teenage years I had my first kid and then I had some years without so many visions. Earlier it happened very often, sometimes daily. For me this were natural, because I have had those most of my life.

My family accepted those visions, because I told them about things, that also scared me to see in visions. They did never deny what I told them about, but maybe they smiled, when I didn’t see it. Until one day where I told my mother about a vision, as she needed to react at. A woman, friend of my mother, was sick and needed help, which I saw in the vision. My mother went to her and found that the friend needed to go to the hospital and helped her. After that day they listened more careful when I told them about a vision.

While I were a teenager some friends found out, that I had these visions and wanted to know all about them. I did not tell them much about it, because I felt, that they would not understand it anyway. But they showed their enthusiasm and wished to do this themselves. I were not able to teach them how to do, because I did not know so much about spirituality then. Later I found out, that is a part of our own spirituality, as we need to work on and with, with a very open mind to learn to integrate in our life.

For a very long time I have received more and more visions, some don’t seem to matter to me, others do a lot. When I walk with Odin in our nature and meet other people, what ever they pass us in a car or walk, I look at them and sometimes they scare me so much, because I get a feeling, that they are not good people in mind. I see horror in their expressions and that scare me so much and convince me to avoid those people. First I thought it was just a first impression, I got, when I looked at them and my intuition were warning me, but later I saw the horrible situations in the vision, while I looked at them.

I’m happy that the most of the visions I get, when I look at people are positive. Many are positive souls, even they don’t walk around and show it. Then I see them as smiling people, even I never saw them smile in reality. This is very nice.

Today, while I had a rest I got a vision about one of my good friends in here at WP. First I did not know, if I wished to tell her about it, but I decided to do it anyway and hope she can use, what I told her about.

Have you ever had visions? If so, can you use them?

This post is part of the prompt SoCS by Linda, as you find here:

The Friday Reminder and Prompt for #SoCS August 8/15

Linda wrote: Your Friday prompt for Stream of Consciousness Saturday is: “enthuse.”  Add a prefix or suffix to it or leave it as it is and go to town with it! Enjoy!

Side by side – This post is a part of SoCS

When I think at the people in my life, who mean something special to me, I see us as equal souls, we walk or walked for a time, side by side. No need to have one in front etc.

If I look back og see any kind of relationships I find the ones with equalty as those who did last for longer time.

I find it necessary to try to stay equal with all people, understand like no one of us are more or less worth. We are all souls, who deserve to be respected, no matter how we choose to live our lives.

We can have different backgrounds, which often explain why we act different i same situations. But as all worthy souls we need to learn to walk side by side and help each other.

Nothing good comes out after a war, a lot hurted souls and bodies as need to heal, so let us live in peace with each other without need of wars or other kind of fights.

We need to talk together and remember that no matter how loud one are talking, it will never be more right, what this soul are trying to say, so talk in a good way without being mad at all.

Here at WordPress many souls are wonderful to greet and encourage each other, let us try to do the same in the world outside our internet too.

I hope you enjoyed the prompt.

This post is part of a prompt SoCS by:

Todays topic is: Side

Chrysocolla is a very beautiful gemstone. Either turquoise or green-blue. It is symbolizing beauty, love and balance. Chrysocolla is also called lovestone.

Even the colors, Chrysocolla works best at the Heart-, Solar Plexus- and Crown Chakras. It is helping us to open our Heart Chakra and clean bad things out, a very strong healer.

If I need my intuition to be better, I use Chrysocolla, very good for the feminine qualities.
Chrysocolla absorbs everything, use only one in the beginning, caused the energies are so strong. After a while if you feel good with the gemstone, you can use two.

I also use it as Anti-stress for my Solar Plexus Chakra. I lay Chrysocolla at my solar plexus for maybe 15 minutes, and I can feel the warm from the gemstone.

If you are working with spiritual development it is a perfect support.